The names of many colours are evocative. Ultramarine means ‘from beyond the sea’: rocks containing a tiny proportion of blue colour, only found in the distant mountains of Afghanistan, are its source. It took a lot of pounding, grinding, then washing and panning several times, to obtain a beautiful blue. A few more washes gave ‘ultramarine ash’, much greyer and paler. As a pigment, ultramarine was very expensive. In the 1870s, ultramarine ash in a moist watercolour block from Winsor & Newton cost 10 times as much as almost all the other colours on the price list.

A process to make synthetic ultramarine, chemically the same material, was invented in France in the later 1820s, after a prize was offered for a lower-cost alternative. In Britain this was sold as ‘French blue’. Many artists did not trust the synthetic version for decades, including J.M.W. Turner, though poorer artists must have used the cheaper version and been grateful. Throughout the 19th century, professional British artists continued to purchase expensive genuine ultramarine at up to 50 or 100 times the cost of the synthetic version. The genuine colour could be bought in tiny quantities as a dry powder, and younger or struggling artists would buy just enough to complete the painting in hand. Ford Madox Brown kept a diary, which implies he and others bought quantities of ultramarine the size of a pinch of salt.

Ultramarine is quite transparent, and paints made from it have the most brilliance when the particles are large. The paleness of ultramarine ash is due to its fine particles: artists would never grind down coarse, brilliant ultramarine that had cost so much; that would spoil it. It is a glassy material, like the traditional pigment smalt which has a similar reddish blue colour. J.M.W. Turner used both exceptionally coarsely-ground natural ultramarine and smalt in his watercolours.

The staples of the palette, the ochres, siennas, umbers and green earth known collectively as earth colours, were much easier and cheaper to produce. Before the industrial revolution, the raw materials would have been obtained locally (often discovered easily when an ochre-coloured soft rock is sticking up from the ground), ground using a horse-powered mill, and sold to local decorators as well as from apothecary shops (pharmacies) for artists. It takes little effort to grind them down, and they can be prepared as a paint using a kitchen mortar and pestle, by wetting them with water and then adding gum arabic for the grinding. Artists traditionally had a small glass muller (shaped like a traditional doorknob, but flattened) and a ground glass plate in their studio for grinding watercolour pigments; Winsor & Newton would make paint for artists right in their shop using this method. Proper mulling reduced the particle size and ensured there would be no large particles that could give a grainy effect when painted.

Winsor & Newton developed and manufactured synthetic versions of the earth colours, known as Mars colours, through the 19th century, and still do today. Their improvements in technology provided brighter shades of red, orange and yellow which had significantly finer particles than the traditional earth pigments. This made them especially good for watercolour. These were sold in watercolour blocks as well as in watercolour tube paints from mid-century, but the traditional names ochre, sienna and umber were used nonetheless, to describe familiar tones. 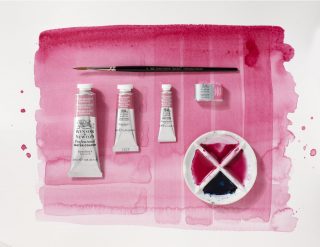 Many pigments that today sound traditional to artists – chrome yellow, viridian, cobalt blue – had been invented shortly before or just when Winsor & Newton was founded. The company researched and developed new production methods, sometimes involving different chemical reactions, to control the particle size and shape, and hence the intensity and tone of these colours. That meant that Winsor & Newton could offer an expanding range of intensely coloured paint, allowing for chrome yellow to be joined by deep chrome yellow, chrome orange and, by the late 1840s, chrome scarlet. Even pigments in use for centuries, such as vermilion made from crushed rock, and madder extracted from plant roots, could be produced with more brilliance and a wider range of tones by such means. There was then less need to add other materials to tone the colour, and a ‘pure’ product was more likely to have the resistance to fading that some artists desired. 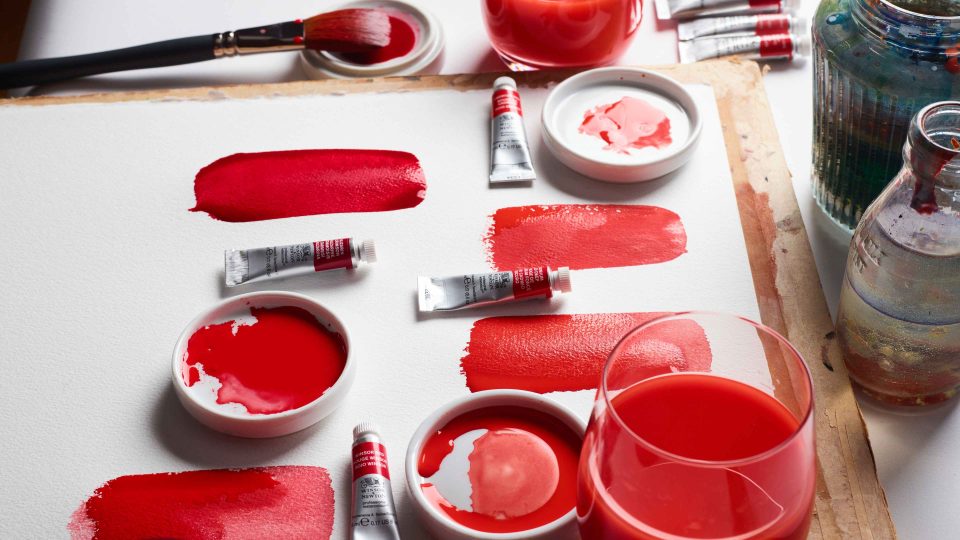 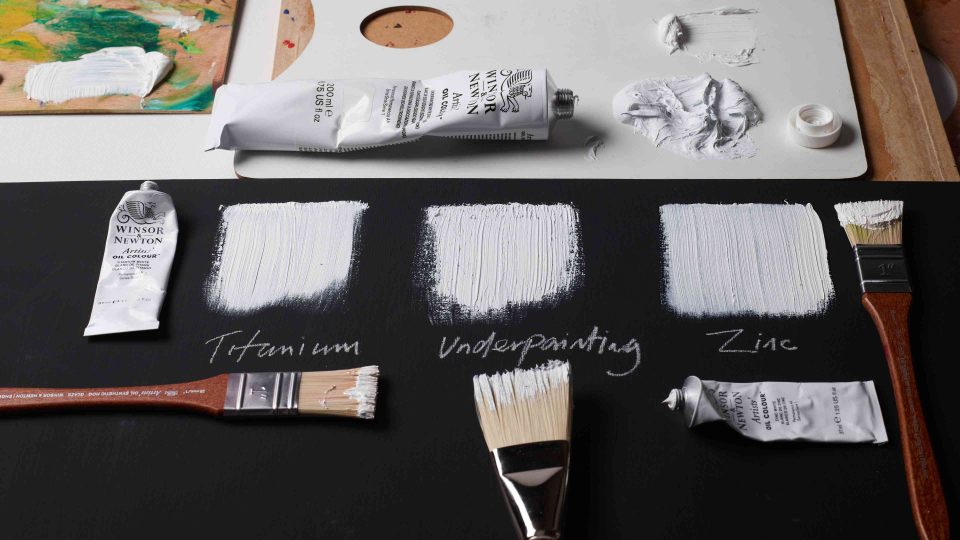 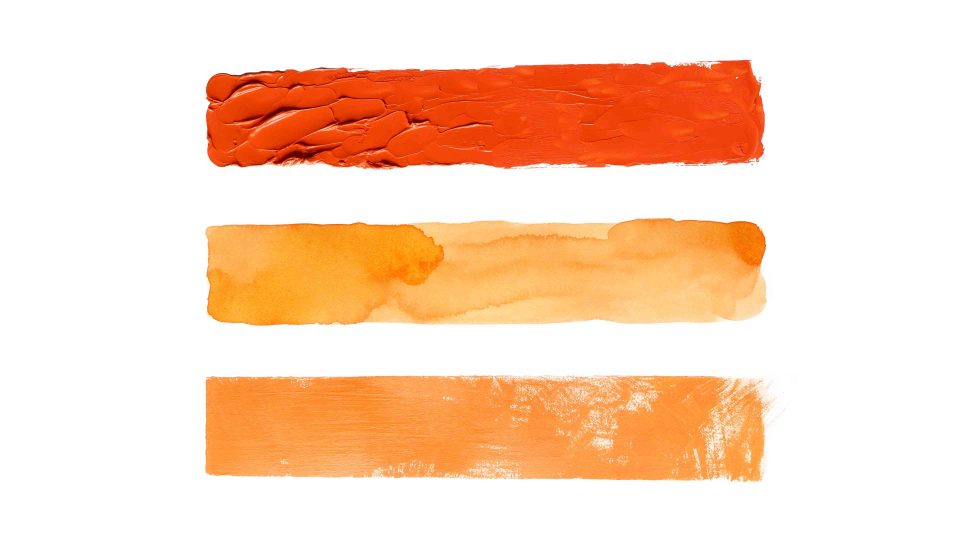