Tamsin Relly’s multidisciplinary practice includes painting, printmaking and photography. South Africa-born, she moved to London in 2009 and received her MA in Fine Art at City & Guilds of London Art School in 2011. Relly’s work reflects on the increasingly disrupted environmental conditions of a shifting global climate and considers the erasure and construction of wilderness, whether for industry or leisure.

She talks us through her experience and experimentation using Artisan Water Mixable Oil Colour.

I first started using Winsor & Newton water mixable oil paints around ten years ago. I had been working with traditional oils for as many years before that. They had become second nature to me, I didn’t have to think any more and could get lost in the process of moving paint around, layering, erasing or letting marks bleed into pools of turpentine.

I was becoming increasingly sensitive to the solvents though. I would get headaches and remember feeling lightheaded for hours after working with them heavily. This filled me dread because, although I work in a wider diversity of media now, my art practice without oil paint was unimaginable to me at the time. I confess I was sceptical about an oil medium that could mix with water but equally felt hopeful and determined to try.

Artisan Water Mixable Oil Colours look and feel like traditional oils and with the equivalent linseed and thinners available, it allows for the same spectrum of drying time and application from impasto to transparent washes or glazes. I still find it miraculous that they can dissolve in water too, which offers an additional quality to the mark.

In my early experiments, I found a subtle distinction in the viscosity I had become so familiar with. When I blurred areas of colour by brushing over the work in swift repetition, I found the paint was a little more slippery or that it might lift more readily from the surface of the canvas. I needed to adjust the weight of my touch and work more cautiously when flushing solvents over the work (which I do as a way of dissolving or softening the image).

For several years I worked with both versions of the oils. At times applying the first washes with the water-mixable oils and building up to traditional oils for the last touches. But now I have transitioned entirely to the former.

Over time as I have started working with other water-based media, such as watercolours or water-based printmaking, my oil painting mark has changed too. I think my paintings have evolved to the nature of the water-mixable oils, working with what is unique to them. I tend to use them in a few distinct ways, depending on both the subject I’m working with and surface I’m working on.

At times, my application is very light. When working on a smooth surface such as sprayed gesso on aluminium, I love to thin the paints down so that to the marks become translucent such as in Monkey Geometry 2014, and more recently, The Frog’s Pond II 2020. They can appear like watercolours on paper and have been mistaken as such!

In some work, the paint up is built up and then washed away again using either water or the water mixable thinners. In Ghost Flower 2016 any suggestion of an image on the surface has become blurred, whilst a stain from the first marks remain, showing through from the canvas beneath.

When I revisited the medium in preparation for this article, I had hoped to draw these approaches together. Instead, I was reminded of what is both the challenge and wonder of paint: that it is unpredictable, rarely goes to plan and invites an ongoing journey of learning and experimentation. 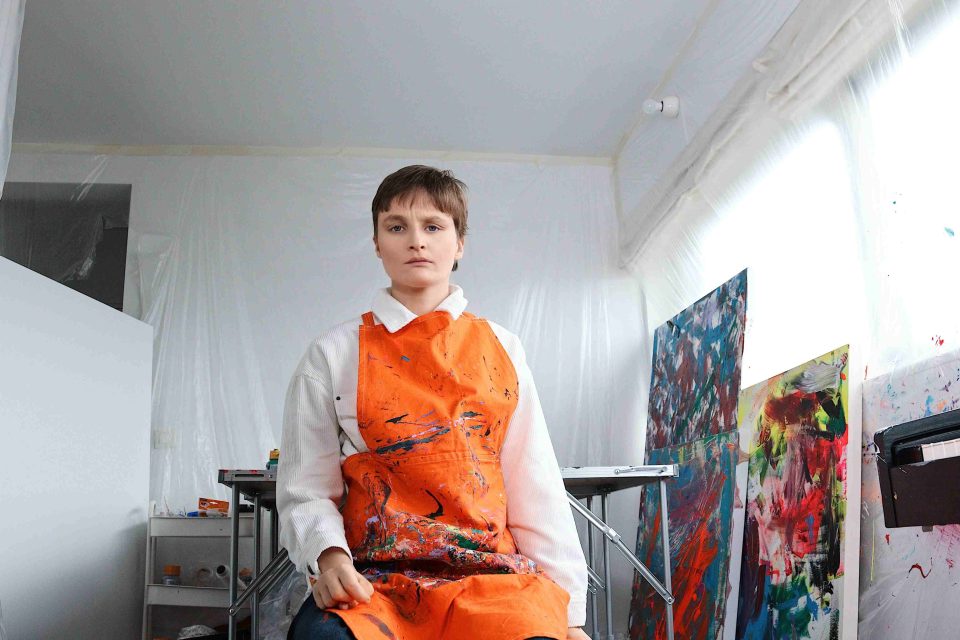 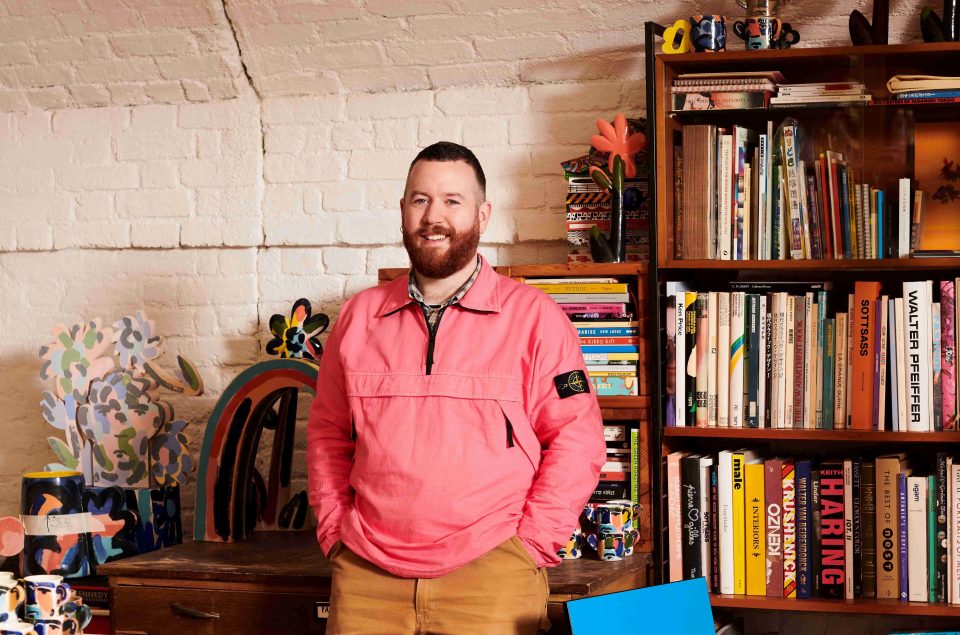