We take an in-depth look at Street Scene by British painter LS Lowry, an avowed user of Winsor & Newton Winton Oil Colour. Learn about Lowry’s colours of choice, and how his carefully chosen selection allowed him to capture everyday life with stylised realism.

Like the Post-Impressionists, Lowry was interested in recording the nuances of everyday life, basing his work on observations of the world around him. Inspired by the industrial scenes in his hometown, Lowry would stop and sketch during the day, then develop a painting such as Street Scene at home. His direct and distinctive style led art critic Jonathan Jones to call Lowry a “modern primitive” to be ranked alongside such artists as Henri Rousseau.

A fan of its stiff consistency, Lowry painted with Winsor & Newton Winton Oil Colour all his life, using the paint straight from the tube. Just as Lowry was fascinated by capturing the quotidian, he was also quite elemental in his choice of materials. “I am a simple man,” he once said. “I use simple materials: ivory black, vermilion, Prussian blue, yellow ochre, flake white and no medium.” Touches of this choice palette are visible in Street Scene, bringing the scene’s realism to life to vivid, yet modest, effect.

Since his death in 1976, many new pigments have become available, and there have also been great improvements in the permanence of colours. Winsor & Newton’s Vermilion Hue is now more permanent and no longer risks fading upon mixing with Flake White. Flake White has been replaced by Flake White Hue, which is no longer lead-based.

Born in 1887, Laurence Stephen Lowry lived and worked in Manchester all his life. In 1905 he secured a place at the Manchester School of Art and was inspired and influenced by the work of his teacher, the French Impressionist artist Pierre Adolphe Valette. He said of his mentor: “I cannot overestimate [his] effect on me.” Later, Lowry’s job as a rent collector meant he walked the streets of Salford finding endless subject matter for his paintings.

Read our feature on Turner’s colours to learn more about the palette choices of another artistic master. Palettes of the masters: JMW Turner 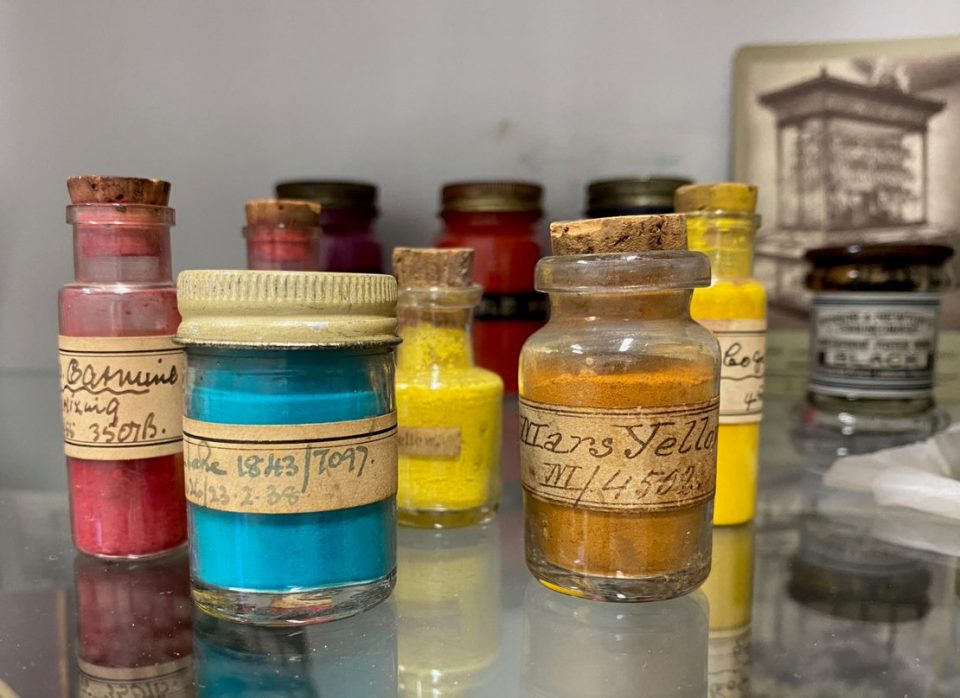 With its intriguing spidery handwriting, the label on this little bottle of Mars yellow pigment is as beautiful as the colour inside.
Art History 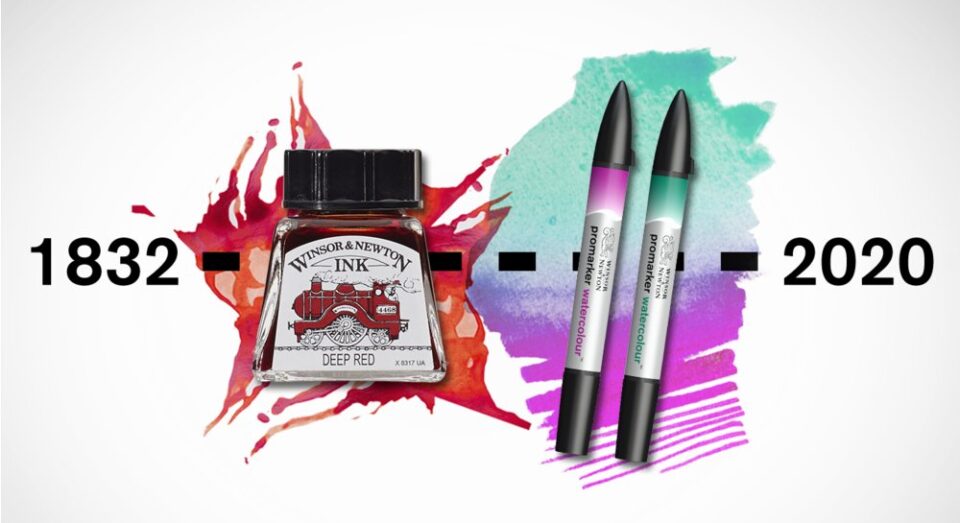 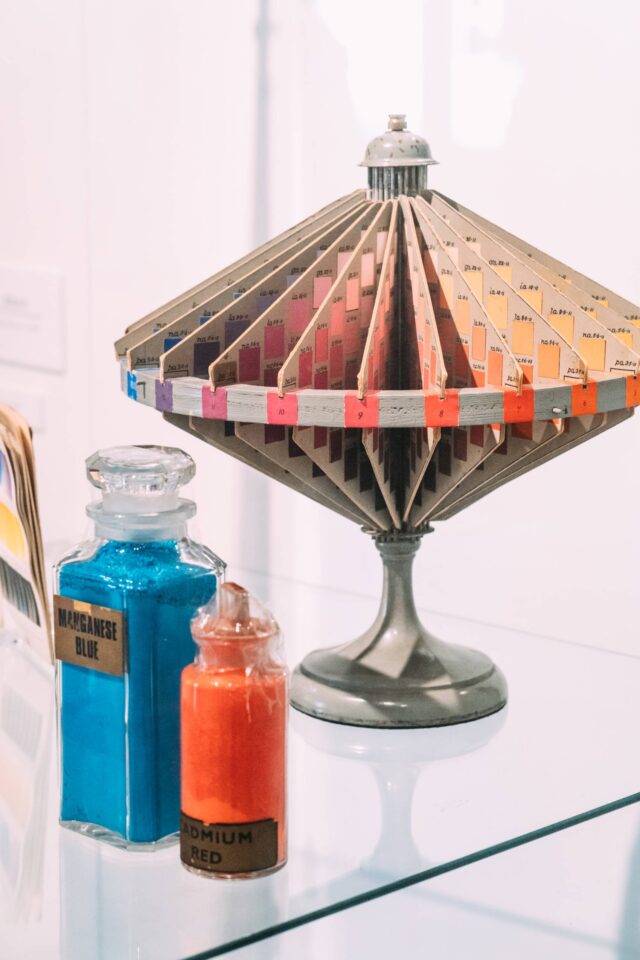