These sets are like modern day conversations in colour and material; they share the palettes of these exceptional artists and are accompanied by how-to guides so you can learn from their techniques as well.

We take a closer look at the five great artists, who are all known for their work using these materials. 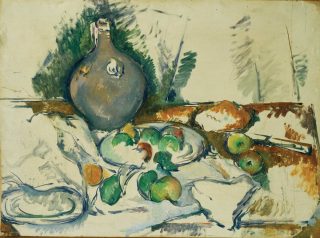 Few artists are as well-known for their still-lifes as Cezanne, this body of work shows not only his facility with colour but his tireless work ethic. Cezanne usually worked from domestic objects on a kitchen table and often shown in a room. He would then paint this same arrangement obsessively from different vantage points, in a range of palettes, employing his signature black outlines. It was an exercise in the futility of repetition that resulted in so many of the beautiful works we enjoy today. We all owe a debt to his perseverance and desire to always do more, just one more time. In this oil set, the image is loose and free but clearly shows his interest in composition, reminding us that it is the basic building block of all successful paintings. 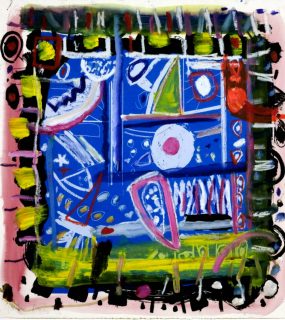 Building her work in a similarly thoughtful way, Gillian Ayres worked in acrylic with a view to balance colour and form in this quick drying medium. Also interested in repetition, Ayres took a different approach, one that combined the process of painting with printmaking. While printmaking gives relatively consistent results, you can vary the colour and the process to allow for unique features, she took this one step further and used printing with painting. The handmade marks and gestures acted to harmonize her paintings and allowed her to keep going until she reached the ‘mood’ she was searching for in the work. Only after it was done was Ayres ready to put a title on it, which indicates she was unconcerned with narrative as she worked but her titles show she found it in the end. 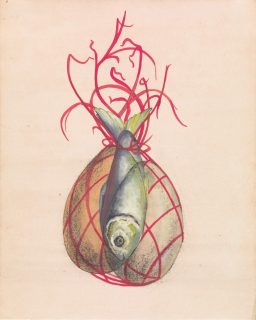 On the other hand, the work of Ithell Colquhoun on the cover of this Tate set was left untitled, but it is usually referred to as: ‘Untitled work (Sardine with Eggs)’. Colquhoun was interested in nature and natural forms as she saw them through the lens of surrealism. She had a spiritual practice and an independent streak that saw her expelled from the British Surrealists, although she identified as a surrealist artist and a spiritualist her whole life. Ink on paper was often her chosen medium, and she used it to great effect both with controlled, considered marks and careful layers as well as organically, to simply allude to natural forms. Until recently her accomplishments were largely overlooked but, in 2019, Tate acquired her 5,000-piece archive from the National Trust and her contribution to the arts was formally recognised. 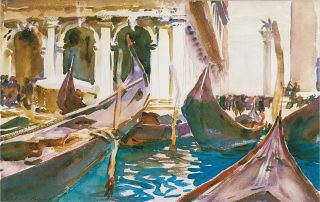 John Singer Sargent never suffered from a lack of recognition, he was one of those rare beings: an artist who was successful and well-known in his lifetime. His expertise as a draftsperson made him sought after as a society portraitist and offered him the ability to travel widely. During his travels, he made extensive watercolour studies, recording the places he went and the people he saw in small gestural works such as the work featured in this set. Towards the end of his career, he could afford to stop taking portrait commissions which he found too restrictive. Looking at this later work now, there is a sense of engagement with the way he works en plein air that hint this freer way of working was far more interesting to him. 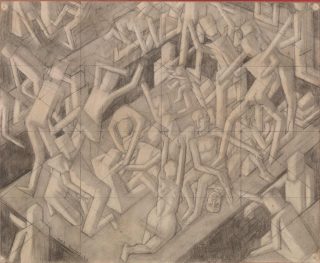 Though they lived and worked in London at the same time, Sargent lived a society lifestyle while David Bomberg was of a different background altogether. Bomberg grew up in Whitechapel and was a member of the Young Socialist Party. Also an incredibly talented draftsperson, Bomberg was only able to take his place at The Slade School of Art because of Sargent’s support – although he was expelled for being too experimental. His angular representations of the human form combined cubism with the energy of the Futurists and cemented his reputation as one of the brilliant artists of his time. The work from this set is a great example of how you can use simple geometric shapes to convey the human figure.

Just as Bomberg and the other artists here were influenced by everything from their peers to artists who came before them and by art movements, artists today are doing the same. Looking at another artists’ work can inspire and excite you to make more work, push yourself and refine your skills. As you follow along with the tips and techniques in the guides that go along with these sets, we hope you enjoy expanding your own development as an artist. 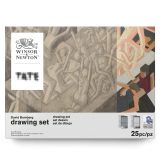 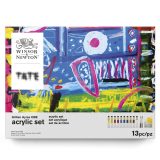 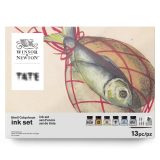 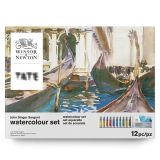 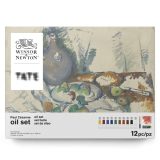 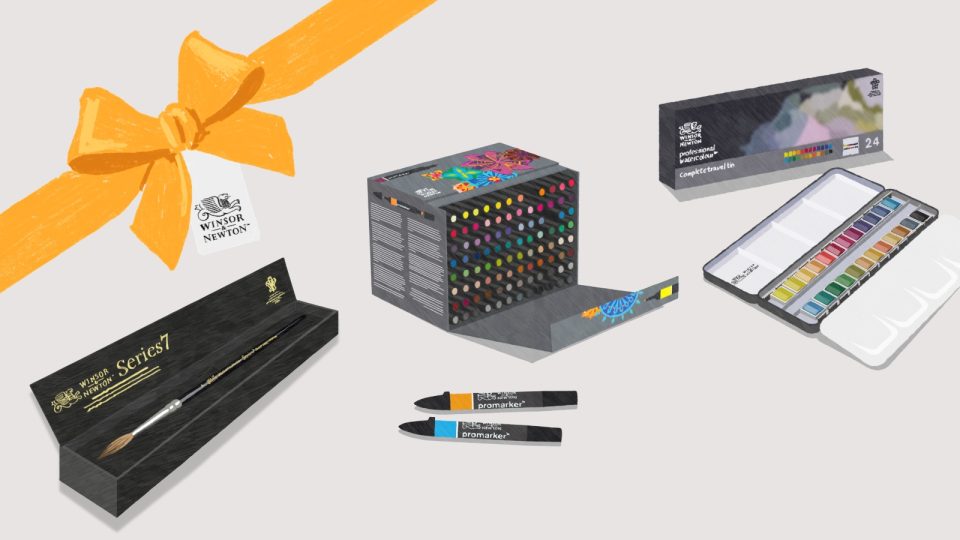 Searching for a thoughtful gift for a fellow artist? We've listed the perfect additions to budding and professional artist’s collections.
Art Materials 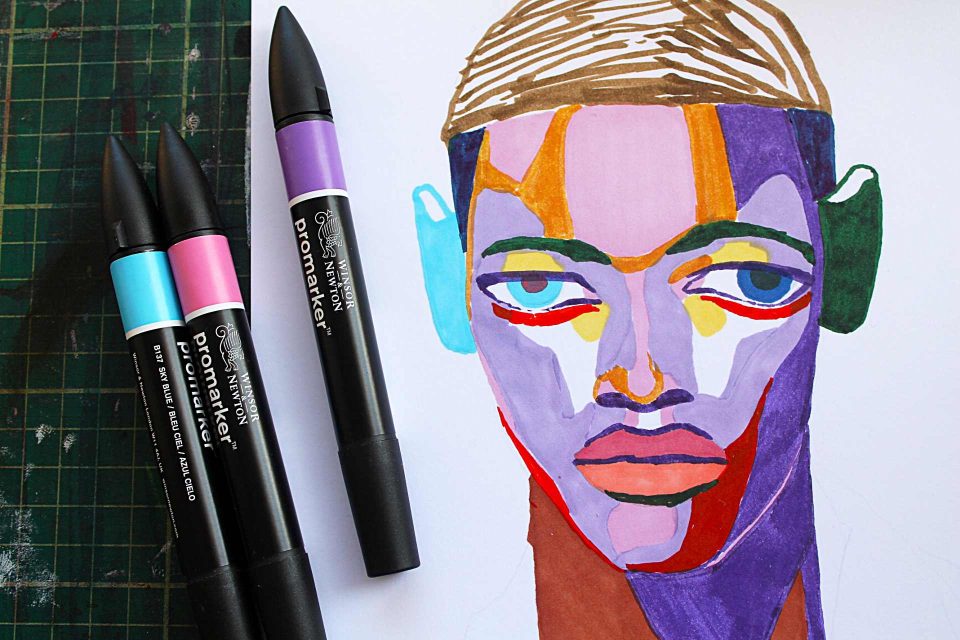 Artist Dahren Davey tells us how 'mistakes' can be opportunities or even a gift! Read on for a look at how he experiments throughout his process.
Art MaterialsArt TechniquesArtists 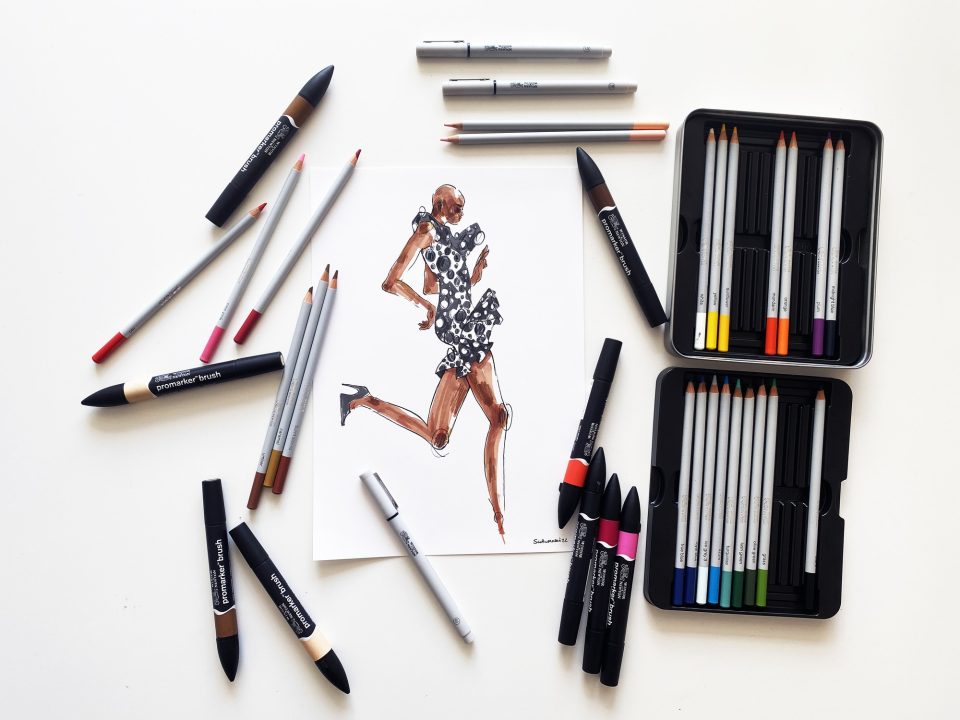 Our graphic art materials are perfectly formulated for mixed media work, allowing you to explore new techniques, experiment with different tools and develop your own unique style.
Art MaterialsArt Techniques
This website uses cookies to improve your experience. You can manage your cookies in your browser settings at any time. To learn more about how we use them, click here.OK
Privacy & Cookies Policy