There’s no other colour that so encapsulates feelings of warmth, energy and positivity than yellow. The yellow smiley face is known universally as a symbol of happiness, but the colour was also used in ancient cave paintings and as a mark to brandish outcasts. Join us on the fascinating journey of yellow.

Yellow was one of the earliest colours used to make art. The earth pigment ochre was a widely accessible natural resource employed since prehistoric periods to engrave cave walls, bodies and pottery, perhaps as long ago as 300,000 years. The golden-hued hydrated iron oxide mineral is made up of silica and clay or chalk, and its long-lasting qualities means it’s commonly discovered in archaeological sites. Recent discoveries show that human experimentation with colour dates back even further than Neolithic cave paintings, to discoveries of what is considered body art in Zambia.

These findings indicate that early humans before the rise of homo sapiens were consciously grinding ochre pigments for artistic means long before we once thought. Later examples show that the vibrancy of yellow was kept remarkably intact, such as in 20,000-year-old drawings of animals located in the caves of Lascaux in Southwestern France. Perhaps, then, yellow was not simply used on account of its accessibility, but for its vibrancy and longevity.

The sun and sunflowers

Yellow evolved to signify meaning and symbolism when its brightness and warmth became a representation of sun gods that were central to many ancient religions. Yellow and gold were used to personify the sun’s radiance – an emblem of illumination and wisdom – and power – owing to its eternal life-giving force. In Ancient Greek mythology, sun god Helios is depicted in a yellow robe riding a golden chariot. In Egyptian lore, sun god Re and revered royals such as Queen Nefertiti decorated stoneware and tombs in yellow paint. The colour was also used to embellish decorations for royalty and holy deities when gold was not available.

More recently, the relationship between yellow and warmth is associated with nature, in particular, flowers such as daffodils and sunflowers. Yellow became Vincent Van Gogh’s most used colour, notably seen in his most famous series of paintings, Sunflowers. Most of which were painted in Arles, France, during 1888–9, using just three different shades of yellow: ochre, cadmium and chrome. The artist proclaimed that sunflowers represented ‘gratitude’ to him. In a letter to his brother, he wrote: ‘The sun dazzles me and goes to my head, a sun, a light that I can only call yellow, sulphur yellow, lemon yellow, golden yellow. How lovely yellow is!’ Van Gogh’s ‘yellow period’ captures the artist’s emotional sensitivity to brightness, light and exuberance around him. Though the shift to brighter colours during this period is disputed, many believe that the artist was in part influenced by the warmth and sunnier climes of the South of France.

Yellow owes itself to a darker side. In medieval Europe, yellow came to represent antisemitism in the colour-coded marginalisation of Jewish followers. In the eighth century, the Islamic Empire proclaimed that all non-Muslims don colours that identified their faith, and Jews were issued the colour yellow. In Europe, this was furthered in countries such as France and England, where it was declared that Jews over the age of seven should wear a yellow badge, under punishment of death. This mark would then make its way into Christian iconography. Judas began to be portrayed wearing yellow robes from the 12th century, seen in Giotto’s frescoes that adorn the Arena Chapel in Padua, Italy, such as the Kiss of Judas (1304–06), reinforcing the idea that Jews were responsible for the persecution of Jesus. This mark was notoriously brought back centuries later during the rise of Nazi Germany in the 20th century, when Jews were marked with a yellow star of David. In efforts to turn the meaning of the colour on its head, yellow daffodils are today the symbol of the Ghetto Uprising in Warsaw.

The use of yellow in branding outsiders or those who society deemed untrustworthy also included heresy, occupation, gender and race. In the Middle Ages those who were prosecuted with treason or heresy were often dressed in yellow, such as during the Spanish Inquisition, where the accused would wear a yellow penitential tunic known as sanbenito. In 19th century Russia a ‘yellow ticket’ was the identity card given to female sex workers. And, with the large numbers of East Asian immigrants moving to Europe and North America in the early 20th century came the xenophobic term the ‘Yellow Peril’, leading to a stereotype still endured today by many Asian immigrants. American writer Charlotte Perkins Gilman’s 1892 short story The Yellow Wallpaper is a further example of brandishing the misunderstood with yellow, and its further connotations with sickness. The story’s female protagonist is locked away by her husband and denied of writing, due to her ‘hysteric’ tendencies. She overtly refers to the colour as ‘sickly’, and the complex patterns, smell and visions of the wallpaper play a central part in her arguably avoidable descent into madness.

Optimism and the smiley face

In the late 20th century and early 21st, yellow became universally recognised as a symbol of happiness. The yellow smiley face is believed to have been coined in 1963 by a graphic advertisement artist named Harvey Ball, generated on behalf of a commission intended to boost employee morale. Because Ball didn’t apply for a trademark, he was only paid $45 for a global icon that rose to fame following its use in French newspaper France-Soir in 1971, where it was used to accompany positive news stories. It’s now owned by the Smiley company, whose ethos is about spreading optimism and positivity, and is considered to be one of the most influential licensing companies in the world. Over the last 50 years variations of this bright yellow smile have been emblazoned on badges and t-shirts, representing everything from 60s hippiedom to the hedonism of late-80s rave culture and the 90s grunge scene via Nirvana’s satirical version of the design. It then exploded onto the early digital scene in the 90s, when Japanese interface designer Shigetaka Kurita developed the ubiquitous emoji that today is used to communicate daily the world over. It’s a far cry from yellow ochre cave paintings, but a form of social and universal artistic expression all the same. 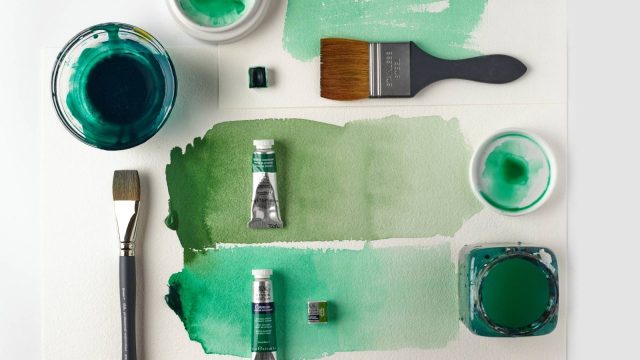 From wealth to poison, jealousy to independence. Unravel the many meanings of green with our deep dive. 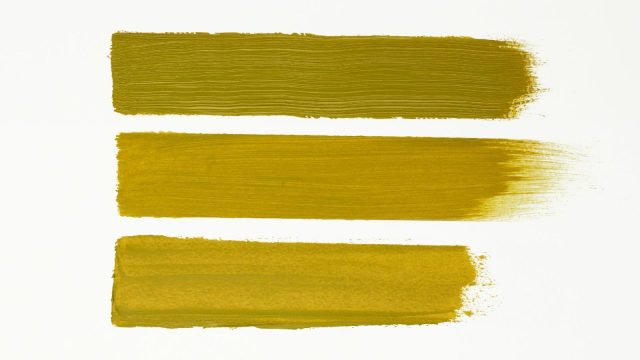 A yellow with green overtones, softer and muted on the palette. Explore the story behind Azo Yellow Green. 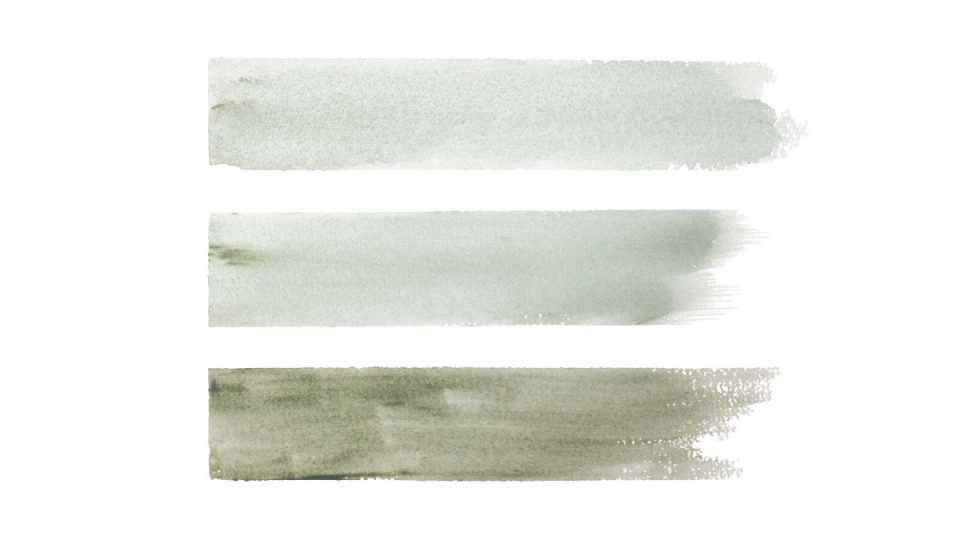 Davy’s Gray is a soft grey colour developed by Winsor & Newton in the 19th century, traditionally made from powdered slate pigments. A transparent grey with a greenish tone, it…
Colours 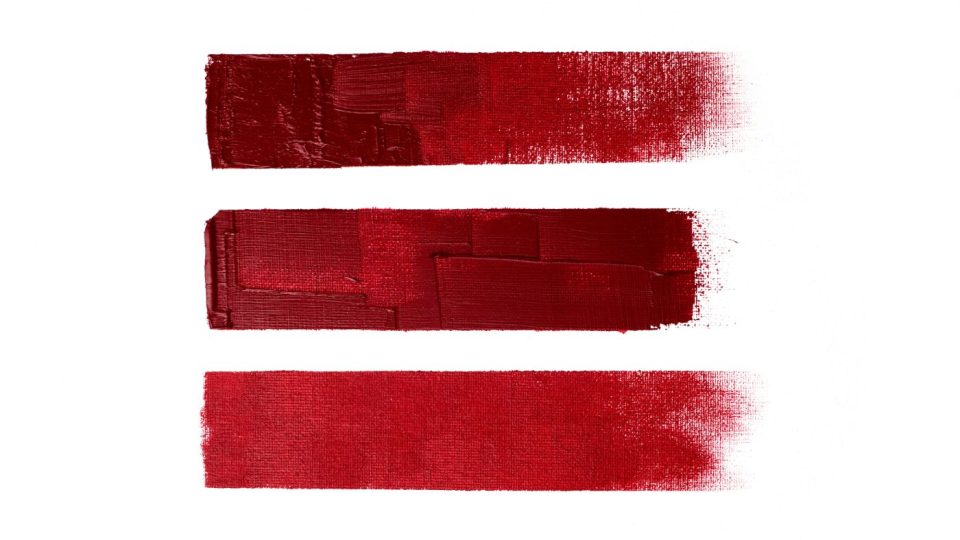 Ruby Madder Alizarin is a new Winsor & Newton colour formulated using the benefits of synthetic alizarin. We rediscovered this colour in our archives, in a tint book from 1937,…
Colours
This website uses cookies to improve your experience. You can manage your cookies in your browser settings at any time. To learn more about how we use them, click here.OK
Privacy & Cookies Policy