Skip to content
Welcome to winsornewton.com. Continue to the site. Change
Curate your Fineliner bundle of 4 for $10.99 using promo code FLBUNDLE and Promarker bundle of 12 for $59.99 or 24 for $119.98 using a promo code PMBUNDLE at checkout. Terms & Conditions apply.

Georgia O’Keeffe was a master of oils. The renowned modernist was obsessive when it came to interrogating the qualities of her materials, using meticulous paint-out cards to experiment with her pigments, before she ever put brush to canvas. “She was the ultimate intentional artist,” says Ariel Plotek, curator of fine art at the Georgia O’Keeffe Museum in Santa Fe. “It was apparent in everything she did, but we see it most in her command of colour.”

These cards were more than recipe lists or basic palette cues. They served as vital experiments that informed her practice for years to come. “She would paint out stripes of different mixtures and effects, to see how the colours behaved,” says Dale Kronkright, the museum’s head of conservation, “She constantly practiced, making amendments to different white mixes, resins, dryers, and glazes, to push the boundaries of what a paint can do.”

Although O’Keeffe’s experimentations were expansive, she used a very focused palette that she retained throughout her six-decade career. She preferred a single, considered layer of oils that stuck closely to her original underpainting, and which built images of exceptional visual clarity. “This technique allows you complete control over how that dried paint will look, because you’re not mixing up different colours,” Kronkright explains.

For example, she worked intensely with Cerulean and Cobalt Blue, two pigments known for their versatility, to paint her incredible skies. Works such as Black Mesa Landscape, New Mexico/ Out Back of Marie’s II (1930), and Church Steeple (1930) demonstrate her deft ability to create flat expanses of colour as well as shadowy textures, all in a single layer –thanks in no small part to her understanding of the variable translucencies. Elsewhere, floral works such as White Iris No.7 (1957) and Jimson Weed White Flower No. 1 (1932) demonstrate her subtractive techniques, where she would work into the thin layer of paint with a brush, in order to expose the white canvas beneath and create subtle gradations of light.

All of these expert techniques required not only extensive knowledge but stable materials. “Winsor & Newton became a go-to brand for O’Keeffe because the quality was so reliable and the paints were readily available, even during the Second World War,” says Kronkright. “She wanted to know exactly how the paint would come out of the tube and be able to rely on a consistent tint, power, and drying time,” he adds. As such, the O’Keeffe archive holds a huge amount of Winsor & Newton products. Alongside these two vital blues, she bought ample supplies of Flake White, Viridian Green, Alizarin Crimson, and iron reds, all of which are noted in her accompanying swatches.

While one might think that such precision and planning would be at odds with creative inspiration, but according to Kronkright, having such control over her materials actually gave her the freedom make her art. “She wasn’t worried about the outcome, because she had already planned for it,” he says. “She took the accident out of everything.”

Find out more about the exhibition here. 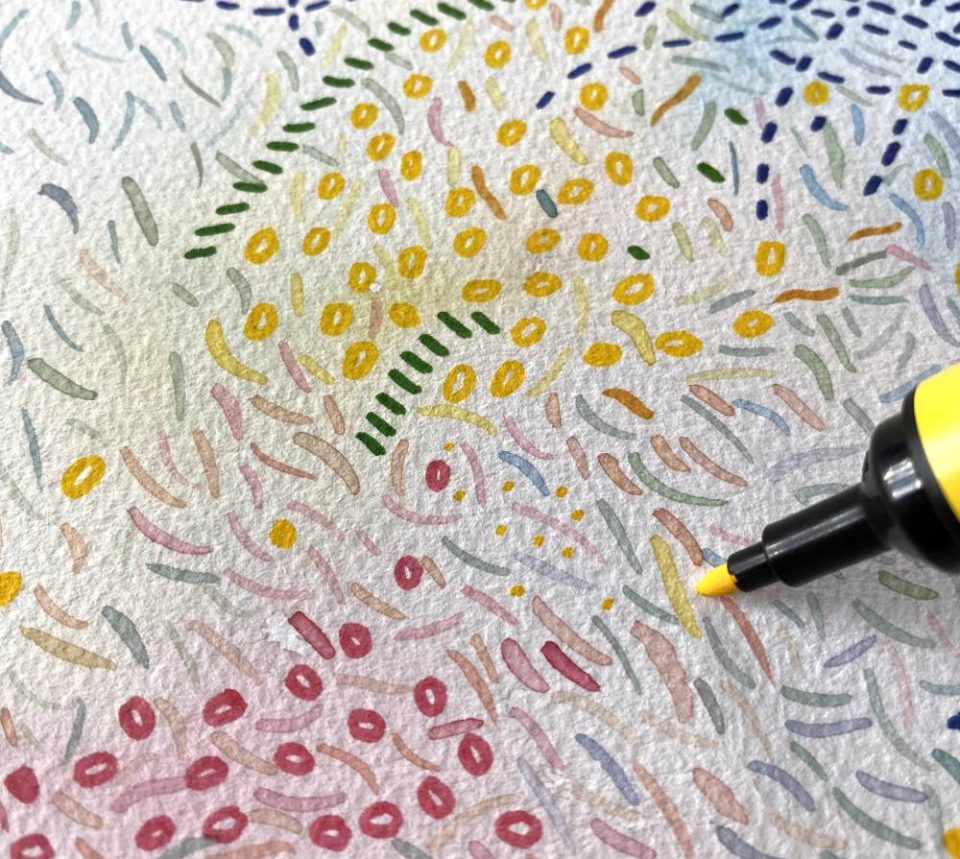 Tim A Shaw is an artist and co-founder of Hospital Rooms, Making Time and the Dentons Art Prize. He makes installations, light-sculptures, paintings, and mixed media assemblages that often form…
Art MaterialsArtists 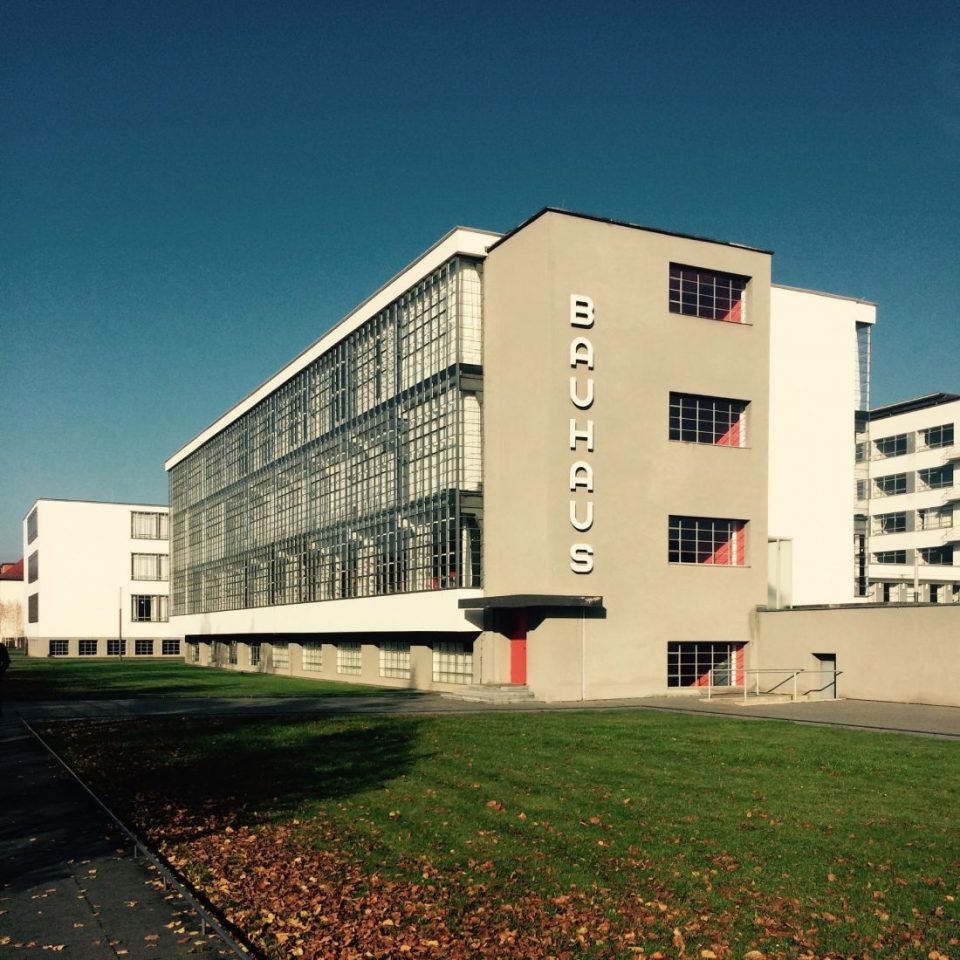 Anni Albers is a name now synonymous with weaving and textiles, however her preliminary studies on paper made with ink, gouache, pen, pencil – and even the keys of a…
Artists 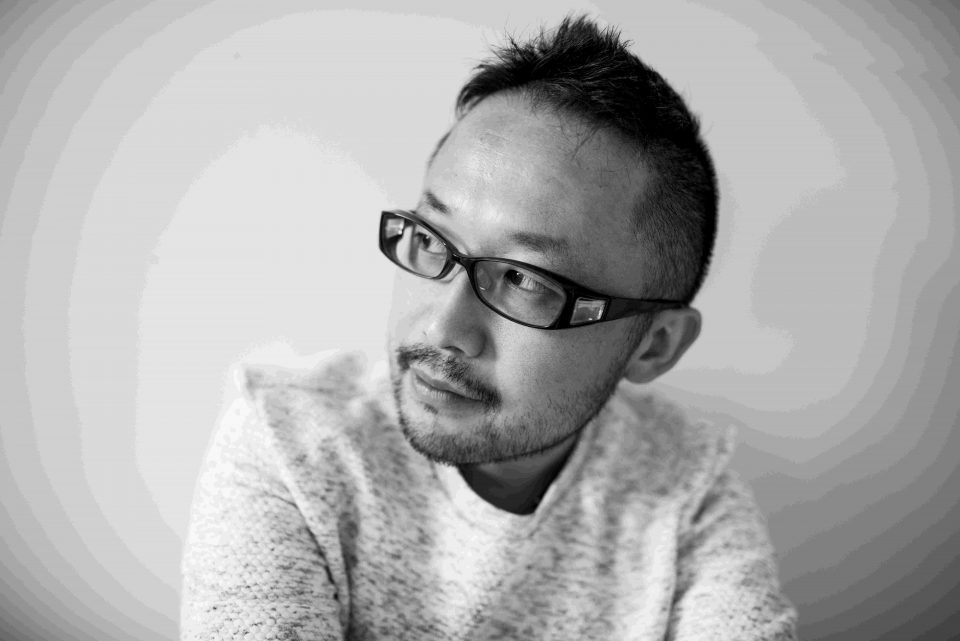 Yoshiyasu Tamura is a widely exhibited Japanese painter and manga artist. Yoshiyasu’s style is best described as a culture clash, a mix of traditional Japanese drawing, manga, and western painting.…
Artists
This website uses cookies to improve your experience. You can manage your cookies in your browser settings at any time. To learn more about how we use them, click here.OK
Privacy & Cookies Policy