Artists looking for inspiring and exciting ways to work with colour will do well to look and re-look at the work of Josef Albers. His relentless pursuit of the relationship between colours influenced a whole generation of artists, including the Op Art movement. And Winsor & Newton Artists’ Oil Colours played a significant role. Here, in the first of two articles, our global resident artist, Mathew Gibson, looks at Albers’ iconic Homage to the Square series.

A successful and well-respected professor at the famous Bauhaus Art School in Germany, where his colleagues included Paul Klee and Wassily Kandinsky, Albers’ early experimentation with colour involved creating pieces from broken bottles and glass he found on the streets of Weimar. The Bauhaus, with its combination of arts and crafts, and architecture, was the perfect environment for this type of project. More Abstraction than Cubism, it developed Albers’ practical, hands-on approach that was to characterise his art and teaching.

In 1933, Albers and his wife Anni emigrated to the United States where he ran the newly formed painting department at the radical Black Mountain College in North Carolina. Albers was appointed head of the design department at Yale in 1948 and two years later he began the series of paintings Homage to the Square, a project that would eventually involve more than 1,000 works and continue right up to his death.

The paintings made extensive use of Winsor & Newton Artists’ Oil Colour. We know this because he recorded the colours used on the back of his works and the paintings continue to be displayed in important collections and leading museums around the world, including MoMA in New York and Tate Modern in London.

The Homage to the Square series was the culmination of Albers’ desire to understand the relationship colour has with painting and its viewer. He wanted people to look at his work and create their own visual experience.

Albers intended that the colours reacted with each other when processed by the human eye, causing optical illusions due to the eye’s ability to continually change the colours in ways that echo, support, and oppose one another. He created these paintings with a deliberate, careful technique using a minimum amount of tools and paint. He hated chaos and was adamantly opposed to the freedoms of Abstract Expressionism.

Each painting is composed of three or four coloured squares, each one “nesting” inside a larger one. Albers would prime masonite, a type of hardboard, then divide the painting vertically and paint just one side before completing the whole picture.

He used oil paint straight from the tube and applied it with a palette knife, ensuring there were no “expressive” brush marks. Albers wanted the colour, not the composition or self-expression, to stand out.

Nothing but the best

The quality of the oil paints was central to achieving the effect Albers was after. Winsor & Newton Artists’ Oil Colour is made with top-grade materials, which means pigment particles are evenly dispersed. These particles reflect light, giving a clean, bright colour. By using Artists’ Oil Colour directly, Albers got as close to “applying” coloured light as it is possible to get.

The early paintings in the Homage to the Square series are confrontational. They reject the accepted colour theory and clash dramatically. As the series develops, the colours become more harmonious and contemplative.

Albers’ last painting, developed as he approached his 88th birthday, has a dark blue square, the cosmos, and an outer square, the earth, painted in Winsor & Newton Cobalt Green. Nicholas Fox-Weber, the director of the Josef and Anni Albers Foundation in Connecticut, says that, while working on the painting, Albers told him it was his intention to make the two colours the exact same light intensity, something he claimed had never been done before. Albers told Fox-Weber: “Even as wonderful a colourist as Turner had never matched two exact light intensities.”

On completion of the painting, Fox-Weber remembers how the flow of colours worked “like magic”. Albers agreed, linking his fingers together in praise of how the two colours “spanned” the central square, the earth and cosmos combined with no hard edges. He died soon after, in March 1976.

Looking at an Albers painting means discovering the relationship between the colours for oneself. The viewer “creates” the experience of the painting; it has no history or politics. In keeping with the socially idealistic ethos of the Bauhaus, Albers believed that the heightened perception of the kind demanded by looking at his paintings would result in an improved awareness of the world. Why not take a look?

Albers and Moholy-Nagy: from the Bauhaus to the New World (ed. Achim Borchardt-Hume), Tate Exhibition Catalogue, 2006 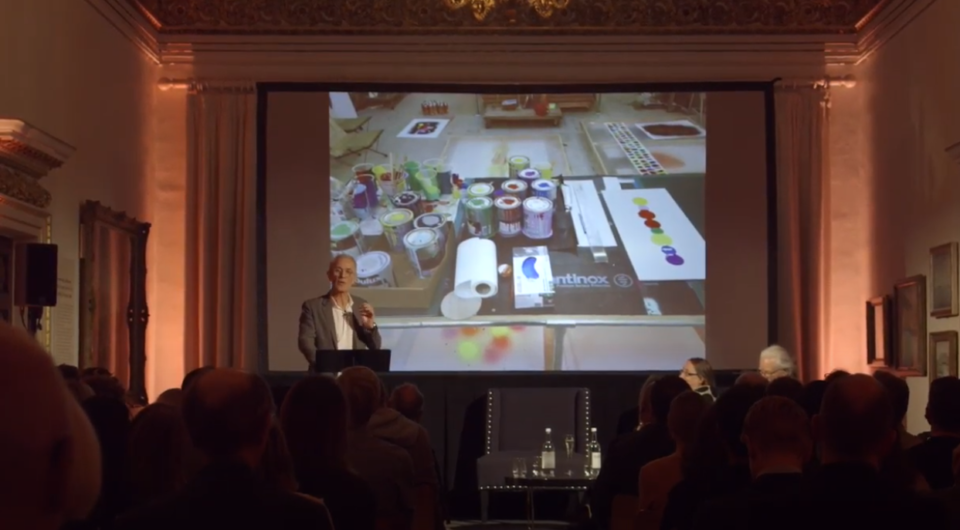 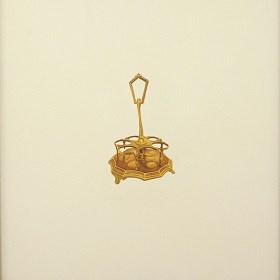 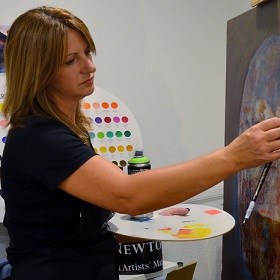